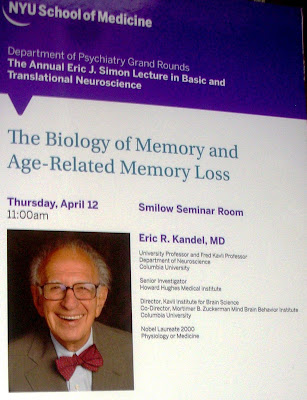 Dr Ross alluded briefly to the Portuguese drug law reform implemented in 2001 which involved removal of all sanctions for persons found in possession of quantities of drugs (defined) consistent with only personal use.  He emphasised that drug dealers were still arrested but that there were no legal sanctions against drug users apart from being introduced to treatment services (de-addiction committees … which the subject could take-or-leave referrals to treatment services).  Funds saved in the criminal justice sector were put into treatment which had been substantially expanded and improved.  From having the worst statistics in Europe for consequences of drug use most improved year by year to be some of the most envious.  These included reduced overdose rates, HIV and Hep C transmission, crime, etc.
Dr Ross pointed out that the most effective form of treatment for opiate dependence included Medication Assisted Treatment (MAT) with buprenorphine and methadone. In the USA extended release injectable naltrexone is also included in MAT despite the small and largely unimpressive evidence for effectiveness, safety and cost effectiveness compared to methadone and buprenorphine.   While treatment availability in American cities is quite limited, in rural areas such services were often completely absent.  We were shown various colour-coded maps of the country showing the paucity of approved physicians for buprenorphine and even worse availability of methadone clinics (methadone is not available in American pharmacies unlike other western countries).  The ratios of drug users to treatment facilities were as unfortunate as they could be.  [see NY Times interactive map with opioid overdose rates for every county: https://www.nytimes.com/interactive/2017/12/22/upshot/opioid-deaths-are-spreading-rapidly-into-black-america.html ] The expansion and improvement of maintenance treatments is the most important part of the package of measures needed in the USA to reduce the number of opioid overdose deaths.
Unlike many Americans, our speaker was happy to mention prevention, treatment and harm reduction in the one breath.  The common reticence was partly due to a White House edict some years ago that any grant application which mentioned ‘harm reduction’ was to be refused.  This is despite its complete compatibility with good public health polices as first exemplified in the Broad Street Pump reports of cholera in London in the 19th century.  Some facetious comments even refer to inappropriate interventions such a blanket prohibition as being ‘harm maximization’.
There were a few Q&A’s at the end after a major applause showing the audience appreciation.  Prof Ernie Drucker brought up the issue of cannabis and mentioned that he had discussed with Lester Grinspoon about heroin users modulating their opioid use with cannabis products which may explain the lower overdose rates being reported in states which have legalised cannabis.
Notes by Andrew Byrne .. visiting addictions physician from Sydney, Australia.  http://methadone-research.blogspot.com/
Dr Ross’s talk video: https://med.nyu.edu/psych/education/continuing-medical-education-cme/grand-rounds-archives/grand-rounds-archives-2017-2018
IN BRIEF:
** Lecture by Dr Steve Ross on the opioid crisis and what to do about it (summary/link above).
** Lecture by Nobel Laureate Dr Eric Kandel on memory loss in the elderly (exercise more!)
** Opening address at ASAM meeting at San Diego (seen on web-stream) by Dr Ellinore McCance-Katz, after a statistical run-down and promise of research funding, then started to sound more political than like the caring physician I know her to be.  Second speaker was Michael Charness, Boston VA, on alcohol interventions in 50 years time.  Surprisingly, popular singer Judy Collins had equal time in the third plenary (and sang her songs rather too often), giving her profound story of long-term sobriety and lessons for others. It was also in honour of Dr Stuart Gitlow who had been instrumental in Ms Collins' success.
** Subsequent web-stream ASAM talks of interest: https://www.youtube.com/watch?v=a8IcJXdwKbE&feature=youtu.be
** Harm reduction still a long way to go in America.  American Society of Addiction Medicine (ASAM).

** New guidelines in US on prescribing for opiate maintenance TIP63 but there is still no “connect” between buprenorphine and methadone even though they should obviously be complimentary, both being licensed for opiate dependence.  Yet they are rarely if ever given in the same institution by the same staff thus transfers are complex and sometimes impossible.